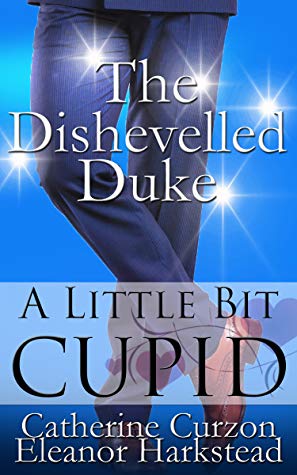 Summary:
From the A Little Bit Cupid collection

Will a photographer be swept off his feet by a duke who’s more dishevelled than dashing?

It’s Valentine’s Day and it’s Billy last shift at The Chelsea Bunn. His photography career never took off, so it’s time to leave London, parcel up the leftover heart-shaped cakes and head back home to Hampshire.

Rumpled Charlie and his two mischievous dogs are Billy’s favourite customers, so when Charlie turns up at closing time with a mysterious wrapped gift and the offer of a whirlwind trip on the London Eye, Billy can’t say no. But Charlie is keeping a secret that could turn Billy’s world happily upside down.

As the snow falls over London and the big wheel grinds to a halt, Billy discovers that wishes aren’t just for Christmas.

So this has been sitting in my kindle for a few months and unfortunately sinking on my TBR list with all the adds I make to it on a nearly daily basis but the color and sparkle of the cover caught my eye yesterday and thought "Valentine's Day in August? Perfect!"  Who doesn't like to be reminded that love on the most romantic day of the year is super-duper-uber special?  So open it I did and read it in one sitting. YUMMY!

Followers of my blog and reviews probably notice that when I say "Yummy" I refer to the heat level but more times than not and especially in The Dishevelled Duke I'm referring to the sheer chemistry between our would-be lovers.  Billy having to give up his dream and his crush sounds like a cruel joke for a romantic Valentine's Day novella, but those familiar with Curzon and Harkstead, know that there will always be a HEA.  How Billy and Charlie get there is something you'll have to read for yourself but trust me, it's fantabulous!

As for Billy and Charlie, how can one not root for them, not cheer them on?  They are adorable together and when one phone call creates the possibility to change everything, you just know Cupid must have been lurking around somewhere near.

Would I have loved to see more of Billy and Charlie?  Of course but sometimes, short is the best way to bring out the greatness of a pair, showing that one point in time can be the catalyst to happiness.  The Dishevelled Duke may be short on quantity but it's overflowing on quality, a delightful gem balanced between realism, romance, and fairytale.

All the champagne cupcakes had gone. Only a few slices of red velvet cake remained, sharing a plate with the last three heart-shaped cookies. Imogen had said that Billy could take them home with him. What a way to arrive. Ten years in London and Billy would appear on his parents’ doorstep with leftover Valentine’s Day cake and hundreds of unsold photographs.

At least I tried.

But he wouldn’t say goodbye to Charlie-who-has-no-surname, who came in five times a week for a cup of tea and a bun for the two wolfhounds that dragged him around like slightly undersized donkeys. Charlie with the peppery hair and laughing eyes and the lines that crinkled around them when he smiled. And he smiled a lot.

Billy wouldn’t say goodbye to Charlie because for the last two weeks, his shifts had changed to fit around the shop’s new hours and he hadn’t seen him since. For the Bunn to be busy enough for extended hours was great, but it meant no more Charlie. Charlie didn’t come in late, it seemed, only for that mid-morning tea and cake.

Not having seen Charlie for a fortnight had made Billy realise how much he would miss the friends he had made in London. People from art school, and Imogen, who had given Billy enough shifts to eke out his life in London for just a few more months, even a place to sleep when his love life had turned sour. And most of all Charlie, who always had a smile for him, who always found the time to speak to him.

Not that Charlie would have missed him. Billy was only a server in a café, a barista if he wanted to make his job sound fancy. But he already missed Charlie, and as he wiped down the counter one last time, his gaze fell on the table where Charlie usually sat with his dogs beside him. He’d read the newspaper or fill in a crossword with his silver-barrelled pen, but more than anything he’d just chat to Billy or fuss the dogs that so clearly adored him. The table was empty now and the next time Charlie and the dogs came in, Billy would be long gone. And we never got a chance to say a proper goodbye. Billy drew in a deep breath then crossed to the door and turned the sign to closed.

He buttoned up his coat and, looping his scarf around his neck, he glanced outside.

A light snow had begun to fall, bringing a romantic sparkle to Valentine’s Day that Billy’s life was completely devoid of. He’d enjoyed nothing but romantic failures in his time in London, and spending his last day in the city in a café filled with every kind of Valentine’s-themed cake imaginable had merely reminded him of how little success he’d had in the big city.

It was time to go home.

He pressed the light switches and the shop fell into darkness, only the bulbs in the kitchen illuminated now. With a last look back at the street he flipped the lock down and shut out the world, then turned away and walked back towards the counter. It seemed right that his last night in the city was spent clearing up the mess of other peoples’ Valentine’s Day whilst the rest of the world had fun. Hadn’t that pretty much been the story of his failed adventure in the metropolis?

He jumped at the sound of a sharp knock on the glass door. Someone rattled it, someone who was too late for coffee. Don’t I deserve an evening off too?

He saw a figure still there at the door and felt immediately guilty. A slightly shambolic figure. If it was a rough sleeper, Billy would give them the leftover cake. He took the bag from the counter but as he headed to the door, he realised that it was Charlie.

He didn’t have the dogs with him tonight, but carried something large and flat under one arm. With one more knock at the door Charlie turned away, about to be swallowed into that ceaseless tide of Londoners that coursed along the pavement.

Billy nearly snapped the lock off in his haste to open the door. He hoped Charlie would hear him over the noise of the street. 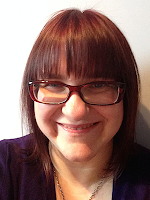 In addition to several non-fiction books on Georgian royalty, available from Pen & Sword, she has written extensively for a number of internationally-published publications,  and has spoken at venues and events across the United Kingdom. Her first play, Being Mr Wickham, premiered to sell-out audiences in September 2019.

Catherine holds a Master’s degree in Film and when not dodging the furies of the guillotine can often be found cheering for the mighty Huddersfield Town. She lives in Yorkshire atop a ludicrously steep hill with a rakish colonial gentleman, a long-suffering cat and a lively dog. 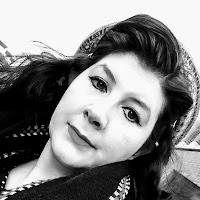 Eleanor Harkstead
Eleanor Harkstead likes to dash about in nineteenth-century costume, in bonnet or cravat as the mood takes her. She knows rather a lot about poisons, and can occasionally be found wandering old graveyards. Eleanor is very fond of chocolate, wine, tweed waistcoats and nice pens, and has a huge collection of vintage hats. She is the winner of the Best Dressed Sixth Former award and came third in the under-11s race at the Colchester Fire Swim.

Originally from the south-east of England, Eleanor now lives somewhere in the Midlands with a large ginger cat who resembles a Viking.

August Book of the Month: To Die For by Davidson King

Summary: Managing the bar at Joker’s Sin, a gay nightclub, is Max’s dream job. Where many seek fame or fortune, he’s living his best l... 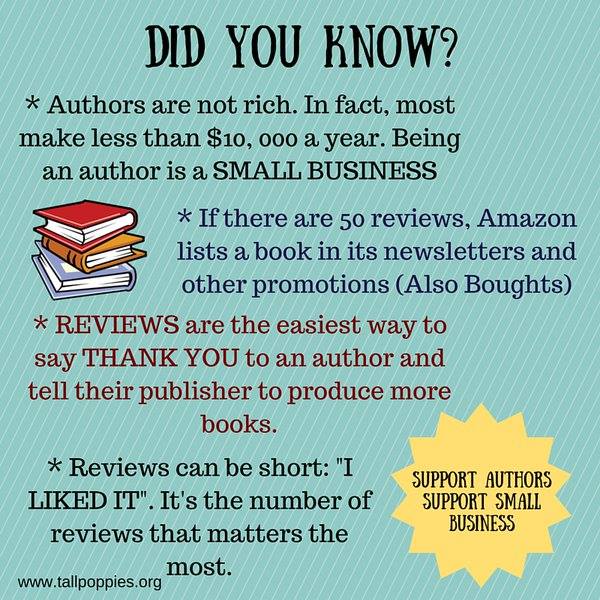